Many Americans will be relying on Social Security in their retirement years. Social Security is not likely to go away anytime soon, but you may need to make sure that you have other sources of income, such as money from personal and workplace retirement accounts, pensions, and annuities. You may also be able to draw on rental income or the proceeds from selling a home.

There are many ways for retirees to combat the impact of inflation. Firstly, they can cut back on spending. Secondly, they can reduce their house’s monthly maintenance and utilities costs. In addition, they can invest in investments that appreciate in value, such as real estate investment trusts. 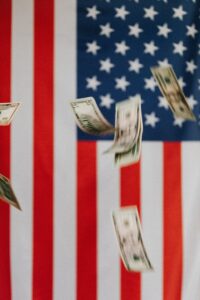 The cost of housing is the largest category of spending for older Americans. This is because most older Americans own their homes. This means that housing costs are relatively unaffected by inflation. This is because housing costs exclude property taxes, maintenance and utility bills. It is important to consider the long-term impact of inflation when determining how much to spend during retirement.

The cost of housing and transportation are two of the largest retirees’ biggest expenses. Other costs include food and healthcare. Inflation is a growing concern among investors. While investors are concerned about a higher cost of living, a study by the Society of Actuaries found that the second-largest fear for retirees was not being able to afford nursing homes.

Retirees need to understand their tax obligations to ensure they can continue to live comfortably. State and local tax rates can have a big impact on a retiree’s lifestyle, especially property taxes. The tax burden on Social Security benefits and withdrawals from retirement accounts vary widely by state and are especially high in Massachusetts, Connecticut, and New Jersey.

Some states offer tax breaks for retirees, including property tax deferrals. Property tax deferrals allow retirees to postpone their property tax payments until they sell their home. The payments are deducted from the proceeds of the eventual sale of the property, so they never come out of the retiree’s income. Likewise, sales tax is paid gradually, so a senior doesn’t have to pay it all at once.

Taxes for retirees can be complicated, but by following some simple rules, people can reduce their tax burden. Taxes for retirees are generally less than they were when they were working. However, some income from Social Security may be taxed based on the retiree’s income, and Medicare premiums for higher-income seniors are also subject to surcharges.

The Currency Crisis is having a profound impact on many people, including retirees. The crisis has impacted the financial security of the country, and has impacted pension systems and retirement incomes. This paper focuses on the impact of the crisis on public and private pension schemes. Although no pension scheme is completely immune to the crisis, there are some steps that can be taken to reduce its impact.

One option is to take a one-off lump sum from your retirement fund to protect it from currency volatility. Most defined contribution pensions are designed to provide lifetime pension payments and accumulate over time through contributions and investment returns. The problem is how retirees use this money. In the past, many retirees bought annuities when they retired in order to lock in their earlier investment gains and ensure lifetime pension payments. However, some people deferred purchasing an annuity until later in life and had large losses in equities and house values.

Many retirees rely on their pensions to make ends meet. Unfortunately, the job market has been hot and wages have risen, but the average worker’s wages have not kept up with inflation. Even those who are out in front have been making more money than the average worker. For those who are retired, the effect of higher inflation rates can be drastic. Having a fixed income that does not grow with inflation can be disastrous for the retired.